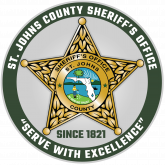 Robert A. Hardwick was elected Sheriff in November of 2020 and officially took office on January 5, 2021. Prior to serving as Sheriff, he served as the 11th Chief of Police for the St. Augustine Beach Police Department from 2013-2020. He also served as the Assistant Chief Investigator with the Office of the State Attorney 7th Judicial Circuit from 2008-2013. During his 29-year plus law enforcement career, Sheriff Hardwick also worked at the St. Augustine Police Department, the Flagler County Sheriff’s Office and the Florida Department of Corrections.

As a veteran of the U.S. Army and Florida Army National Guard, Sheriff Hardwick has participated in multiple deployments to the Middle East in support of military operations. His deployments include as far back as Operation Desert Storm in 1990 with the 82nd Airborne Division and as recent as Operation Iraqi Freedom in 2003 and 2004 with the 53rd Infantry Brigade supporting the 5th Special Forces Group. His most recent assignment was in the Florida Army National Guard as a Platoon Trainer (TAC) at the Camp Blanding Regional Training Institute’s Officer Candidate School (OCS). In 2018, after 25 years of active and national guard service, Sheriff Hardwick honorably retired.

Sheriff Hardwick has been married to his wife, Kendell, for 31 years and they have two adult sons. 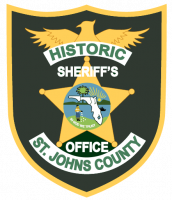